The big day is almost here my friends! Have you made your shopping lists? Have you bought your turkey and all the fixin’s? I remember back when I was first married, the idea of hosting a Thanksgiving sent shivers down my back.  I guess that would be a testament to the wonderful Thanksgiving feasts that my Mom hosted when I was growing up. The crown jewel of the meal was always the gravy and I was terrified to follow in my Mother’s footsteps.  That is until I found McCormick Turkey Gravy. 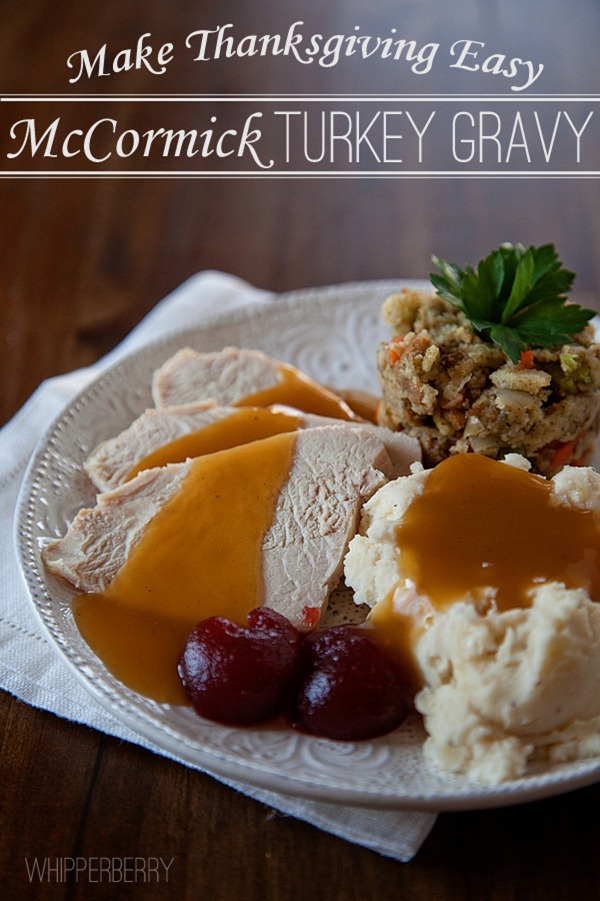 As a child of the Martha Stewart era, the idea of using a packet just wasn’t acceptable in my eyes. That was until I tried McCormick’s Turkey Gravy. My thought at that point… why on earth have I been making this so hard on myself.

McCormick’s gravy turns out PERFECT every time. No worrying about lumps or the gravy being under seasoned or worst yet, over seasoned.  You can even give it your little signature by adding “secret” ingredients like a pinch of rubbed sage, poultry seasoning, or a hit of dried thyme. I even like to add a splash of white wine or sherry to mine to give it the WhipperBerry touch. You can get even more ideas by joining the conversation over at McCormick’s Facebook page.

The McCormick company has taken the perfect blend of seasonings and all natural ingredients to create this fabulous addition to your Thanksgiving table. The generous folks at McCormick would like to help to dress-up your Holidays by offering a fun Giveaway for this week’s Friday Flair link party!

Follow the steps in the Rafflecopter box below to enter the giveaway!