Black Cherry Jell-o Cake in a Jar // This is a repost of a jell-o cake recipe that I shared back in 2011 and has been lost and forgotten about, so I thought I would share it again. It is one of my favorite recipes and it's one that could be shared over and over again! 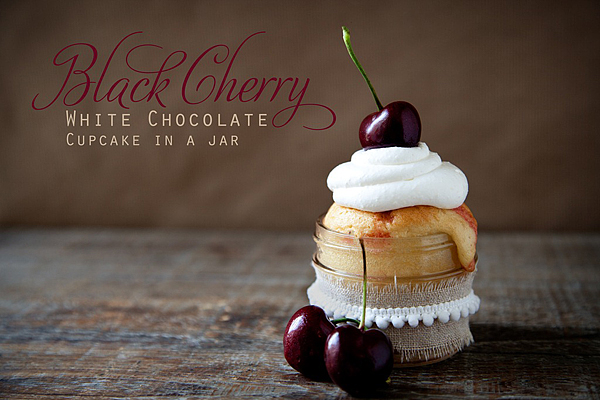 This cake, my friends encompasses several of my loves in life all into one perfect little bite. I was known in high school for being a connoisseur of all things black cherry.  Black cherry soda, black cherry ice cream, you name it to this day I LOVE it.  Other loves; Jell-o, white chocolate, white cake & and luscious whipped cream.  Generally you think of all of these ingredients and they don’t normal play nice with each other, but I’m hear to tell you they DO!!

Have you heard of a Jell-o cake or a poke cake?  This is a fun summer treat where you bake a white or vanilla cake,  poke holes in it with a toothpick and pour liquid Jell-o slowly into the cake.  It’s generally made with strawberry Jell-o and then topped with whipped cream or Cool Whip and it’s super yummy.  What I’ve done it incorporated a few new twists on the classic to make something heavenly, here’s what you will need… 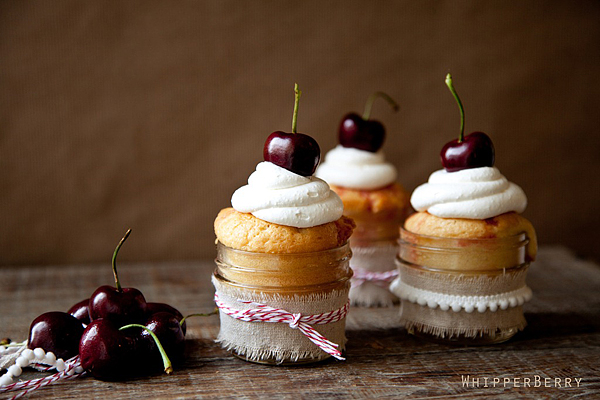 Prepare according to package directions and bake in one of the following methods, 9×13 pan, cupcakes or cupcakes in a jar.  I would steer clear of a layered cake application, because after you add the jell-o this cake is super moist.
Personally, I have fallen in love with the cupcake in a jar! I’ve seen a lot of people baking cupcakes, cutting them up and then adding them to a jar and then topping with frosting.  Did you know that you could bake the cake directly in the jar?
I use the 4 oz. wide mouth jars and I fill the jar up a little over half way to prevent the cake spilling over and causing a big mess.  I also baked the cake a little longer that the normal cupcake time because it is a little bigger than your standard cupcake.  I baked it for a solid 30 minutes.
For the Jell-O, boil one cup of water and dissolve jell-o in water, stirring mixture for 2 minutes until completely dissolved.  Add one cup of cold water.

With a fork or a toothpick poke holes into cooled caked and gently pour jell-o mixture over the cake.  Refrigerate for at least three hours.

Mix instant pudding with milk until completely smooth {I used my trusty Magic Bullet, yes I have one of those things} and then combine with Cool Whip.  Place in piping bag and pipe onto cupcakes or frost your cake with the luscious mixture. 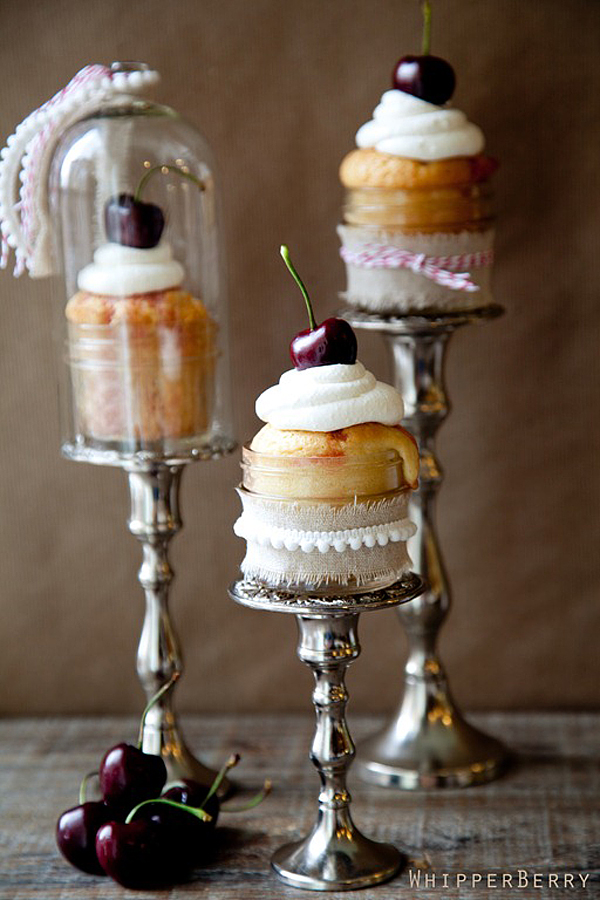