Find yourself looking for some easy dessert options? Did you know that you can find uncooked tortillas at Costco from TortillaLand®? You CAN, and you can create all kinds of fabulous tortilla desserts with them! Come learn all about the Baked Tortilla Sundae Bowl & Easy Berry Hand Pies… 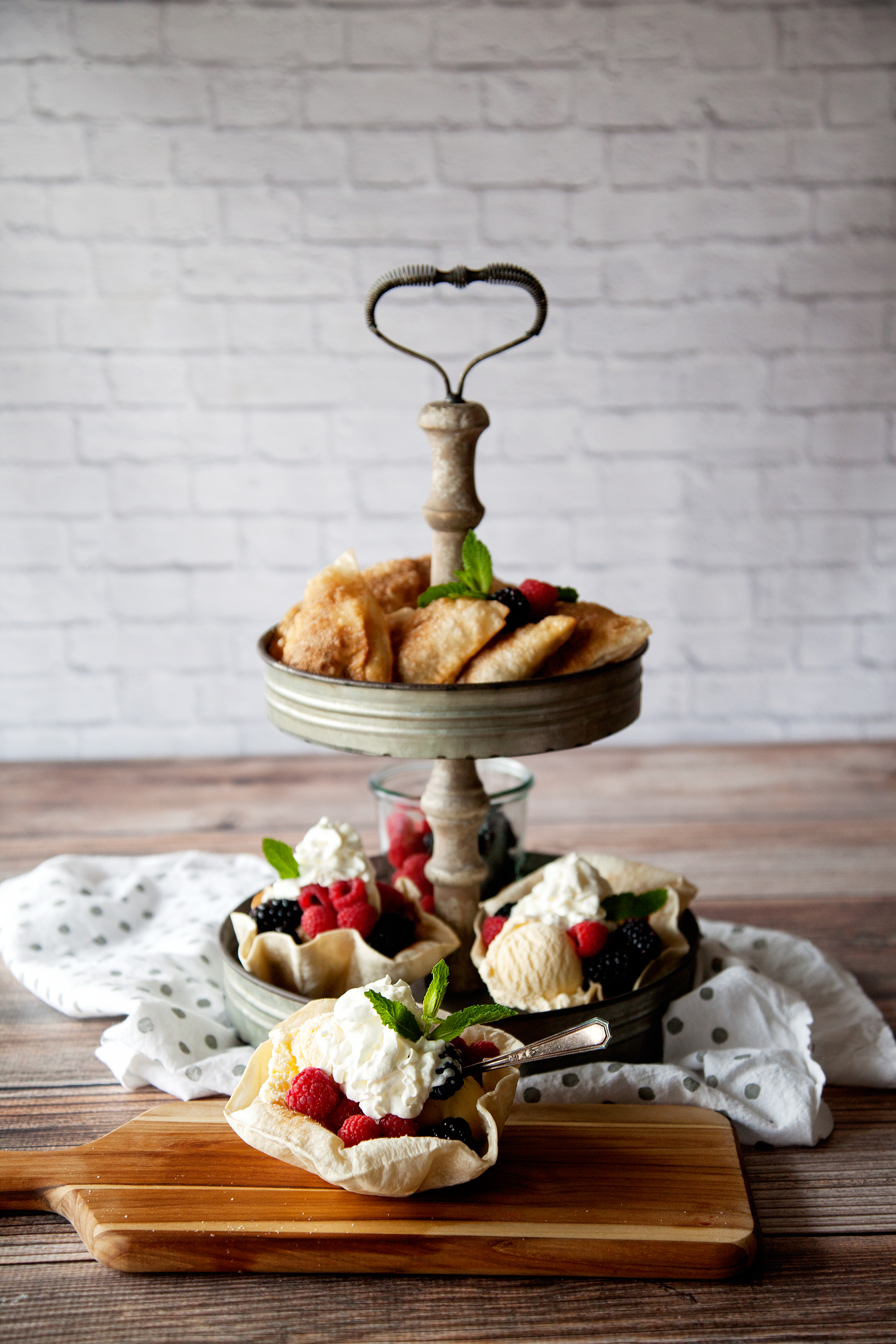 The Secret to Finding the BEST Tortillas

Have you ever hit one of your favorite stores, let’s say Costco (because it’s one of mine) and found a product that at the time seemed a little understated and yet, turned into a magical find? That’s what happened to me several years ago when I was walking through the refrigerated section of Costco and discovered a small little section in-between the bacon and orange juice. What I found truly intrigued me, TortillaLand® Fresh Uncooked Tortillas… What?

Why would anyone have the need for uncooked tortillas? In our fast paced world, doesn’t that mean a few extra precious steps. “Honey, would you like a quesadilla? Hold on for a minute, I need to cook the tortilla first.”  In my mind, I had a hard time figuring out what the benefit would be to buying uncooked tortillas. However, my adventurous self won the day. I wanted to learn WHY someone would go through the trouble of cooking their own tortillas when from what I knew, the already cooked ones were just fine. 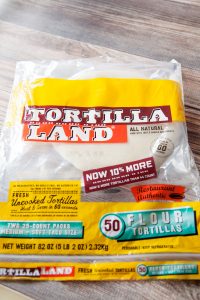 That’s the key phrase though… JUST FINE. When I prepared my first TortillaLand® tortilla and tasted it, all of a sudden, just fine was no longer good enough. There is magic to cooking your own tortillas. It truly only takes an extra 60 seconds to cook and they taste warm, light, full of the flavor that tortillas are supposed to have. Somehow, unlocking those flavors right before you plan on eating them is the best way to have a tortilla! Whether you are using it for a humble quesadilla or creating some tasty desserts with them, the old saying is true… Fresh is best!

Another thing I absolutely love about TortillaLand® tortillas, they only have 5 simple ingredients. I don’t know if you’ve ever checked out the ingredients on your other tortillas but, they are full of all kinds of crazy stuff like soy for example. Now, I know that the origins of tortillas didn’t not include soy or preservatives. I have been recently diagnosed with several food allergies and soy is on my list of foods I can no longer have, along with yeast. When I found out about the yeast thing I thought, that’s alright, I will just eat tortillas instead. Sadly, when I went to my local markets and started reading the ingredients of all of the prepared tortillas, they ALL contained soy. I was shocked. I was now faced with no longer being able to enjoy bread AND tortillas. It was a tad bit heart breaking.

Years before, when we lived in Vegas, much closer to a Costco, we used the TortillaLand® tortillas all of the time, our family loved them. Right now our nearest Costco is about an hour away so we don’t get to shop there often. (They’re building one close to our house this year and we are thrilled!) Anyway, we drove up to Costco to check things out last weekend. I was curious to see what I would find on the Tortilla Land ingredient list. Sure enough, my beloved TortillaLand® tortillas did not contain soy or any crazy fillers, just FIVE simple ingredients; wheat flour, water, canola oil, salt and sugar. Honestly, that is as close to the original tortilla recipe as you can get. I was over the moon excited!! I gabbed a package (they contain 50 lovely fresh, uncooked tortillas that you can freeze by the way) and ran home to see what I could make with these tasty gems.

Now, wrap your mind around this… With fresh uncooked tortillas the sky’s the limit. You are the master of this tortillas destiny. You can cook it according to the package directions and make all kinds of stuff; breakfast burritos, quesadillas for a quick snack, burritos or soft tacos for dinner.

You can make a peanut butter and jelly roll-up for the kiddos after school or make some beautiful pinwheels as an appetizer for your next party. With the nature of the fresh uncooked tortilla, you can now make your own flautas & chimichangas as well. Really, you can cook all kinds of stuff.

Having being limited as to what I could eat due to my new eating challenges, I decided the first item that I would make must be DESSERT! After playing around with a few ideas, I’ve come up with dessert two ways.

I created some beautiful tortillas bowls in the oven that don’t use a drop of oil, just the natural heat from the oven. Then I deep fried some fruity hand pies that turned out like scrumptious filled sopapillas, YUM!! 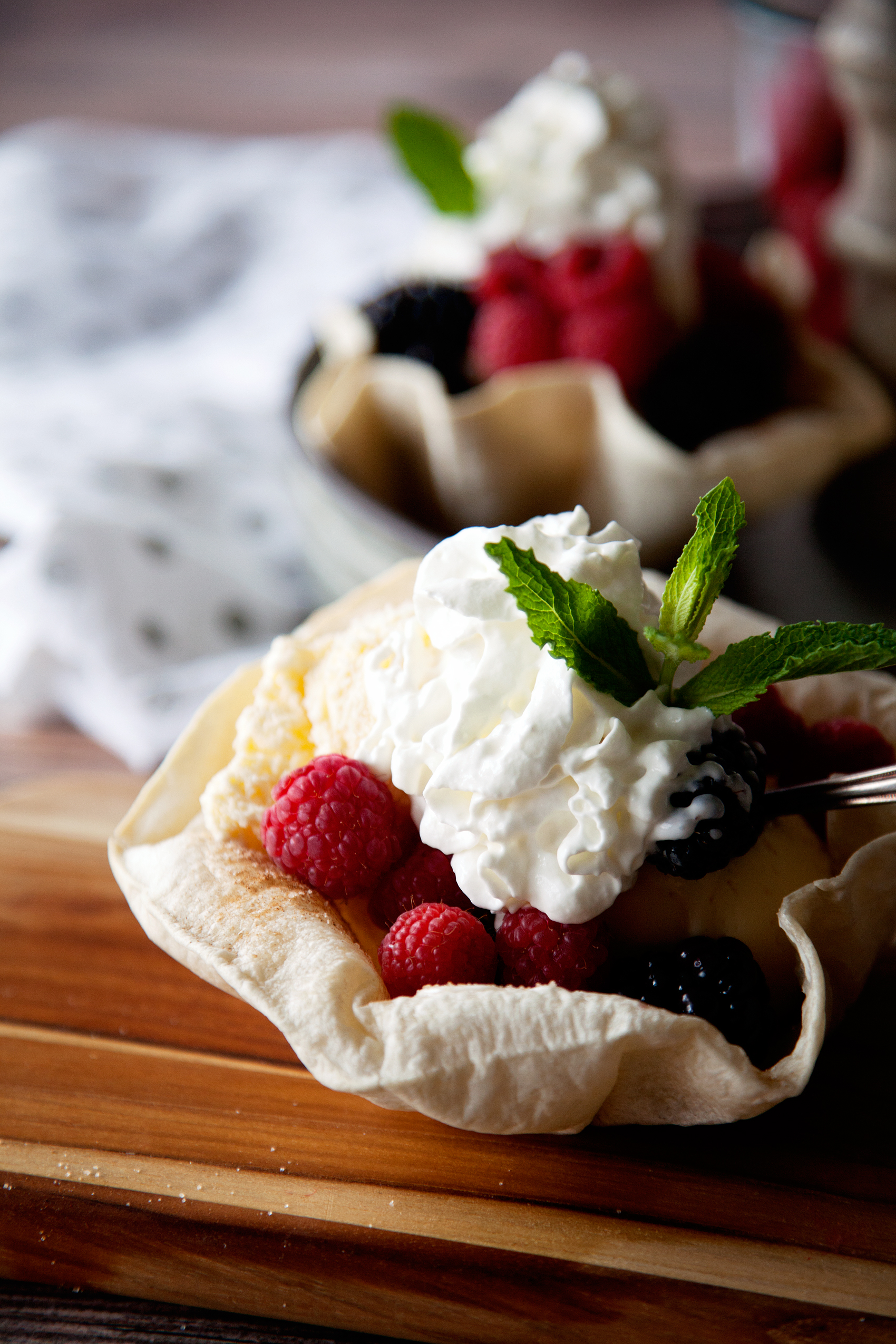 When ready to serve, brush them with melted butter and sprinkle with cinnamon sugar if you like. Then fill them with your favorite ice cream and fruit for a fabulous summer treat! Here’s a quick video to show you how I make them…

Now, for our second option… This is dessert is equally as scrumptious and super easy as well. It’s kind of a mix between a sopapilla and a hand pie. 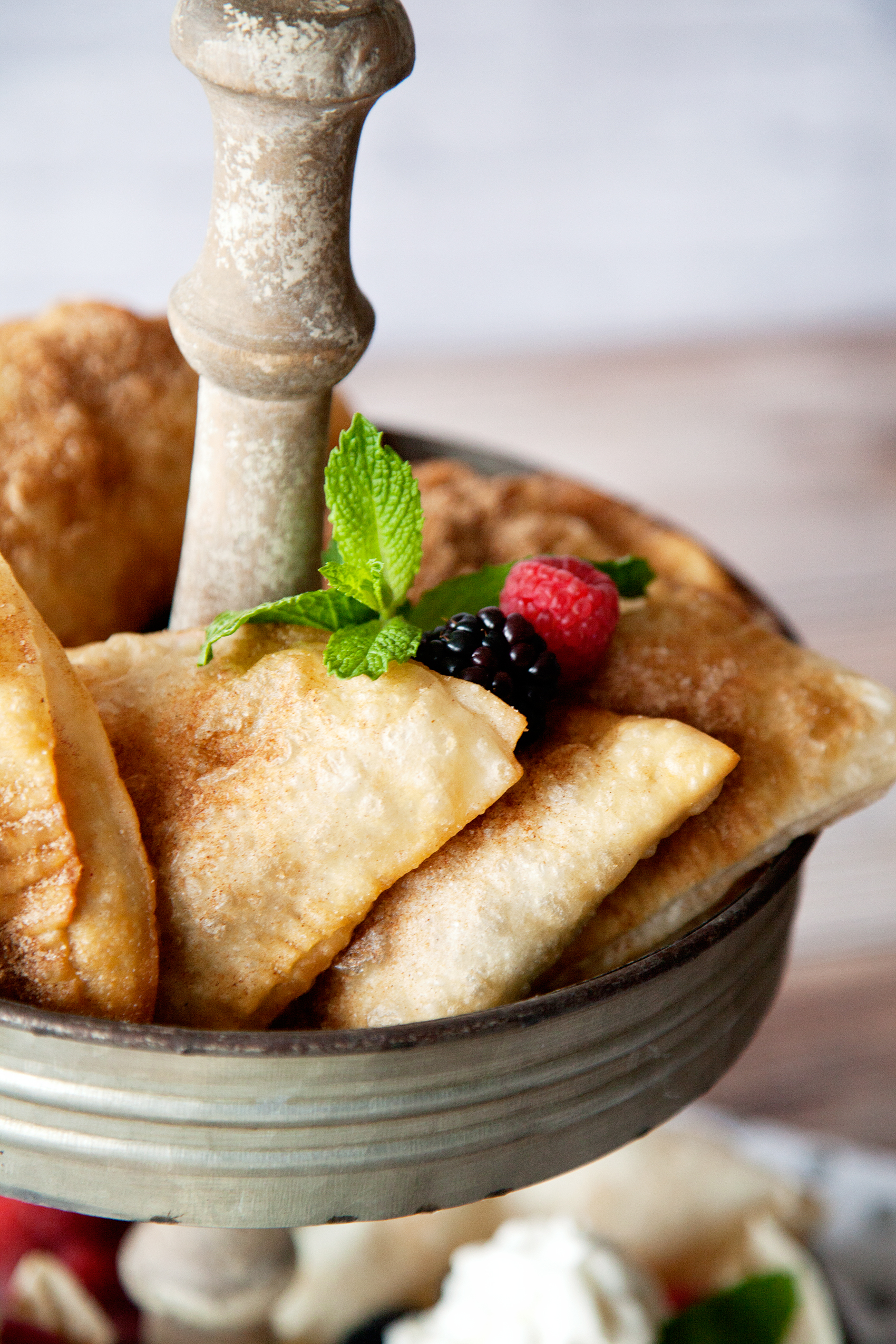 They couldn’t be easier to make, watch this video recipe so see how to make your own tortilla pies. The full recipes will follow the video. 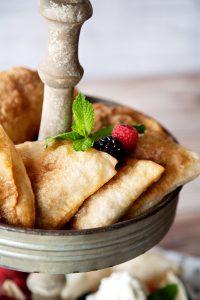 Nothing better than the sweet taste of summer berries wrapped in a uncooked tortilla a cooked to perfection!

Disclaimer // This post is written by me on behalf of Tyson Foods, Inc. All opinions are entirely my own. This shop has been compensated by Acorn Influence, Inc. and its advertiser. All opinions are mine alone.