Soooo when I was at Haven I met the sweetest lady that I just fell in love with and her name is Kari and she has the most beautiful blog called Thistlewood Farm. She is one of those sweet southern belle ladies with a personality the size of Georgia and I ADORE her!!  When I had a chance to check out her amazing blog after we met I was blown away with her work and HAD to share her talents with you today as she teaches us how to make sail cloth shower curtains.  So, take it away Kari…

Hello Whipperberry readers. I'm Kari from Thistlewood Farm and I am so excited to be here with you today, sharing my numbered sailcloth shower curtain project. 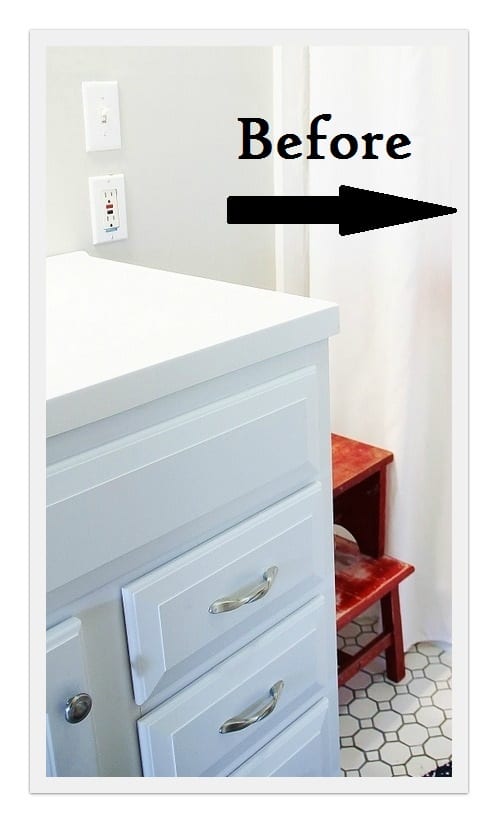 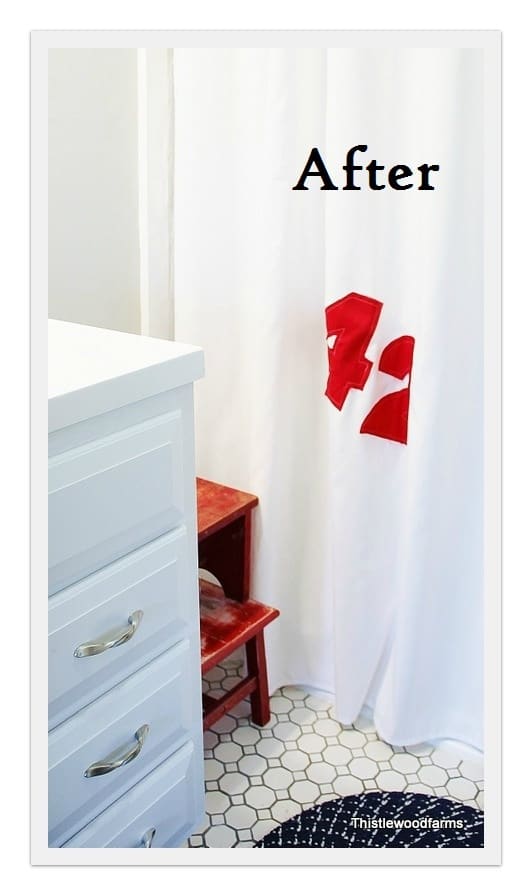 Red Cotton fabric from Wal-mart (the thicker the better) 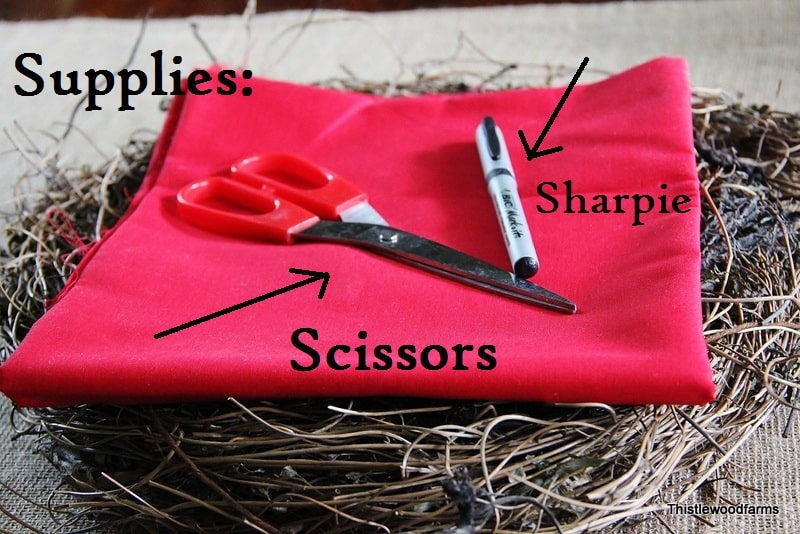 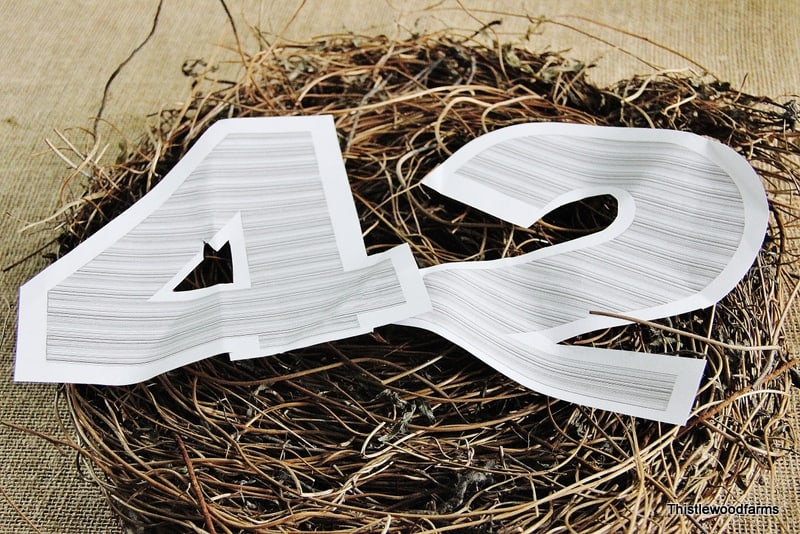 Print out extremely large numbers on your computer in Ariel Bold.

Cut out numbers and photograph them on grapevine.

Because printed numbers photographed on the table just aren't the same.

And because you have been pinning photo props on pinterest in your quest to be a highly sought after grapevine numbers photographer. 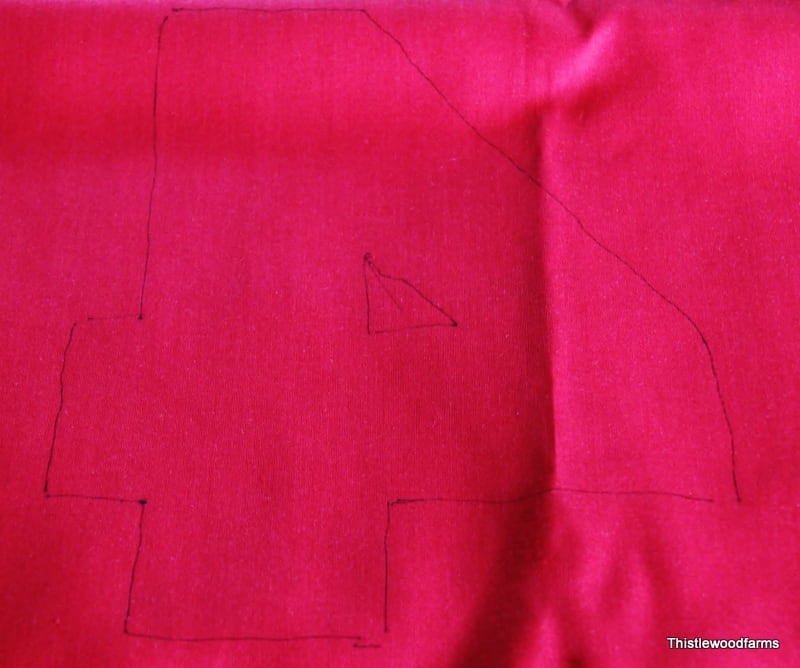 Take your 700x Bold Ariel Font numbers and trace them with a sharpie.

Because when you traced them frontwards….the sharpie showed.

And even though you tried to fray the sharpie off the edges.

You still knew it was there.

And the little bits of sharpie that still showed even after you tried to fray the edges took on the proportions of the Empire State Building lit up red white and blue for the fourth of July.

Backwards is so much more sharpieless. 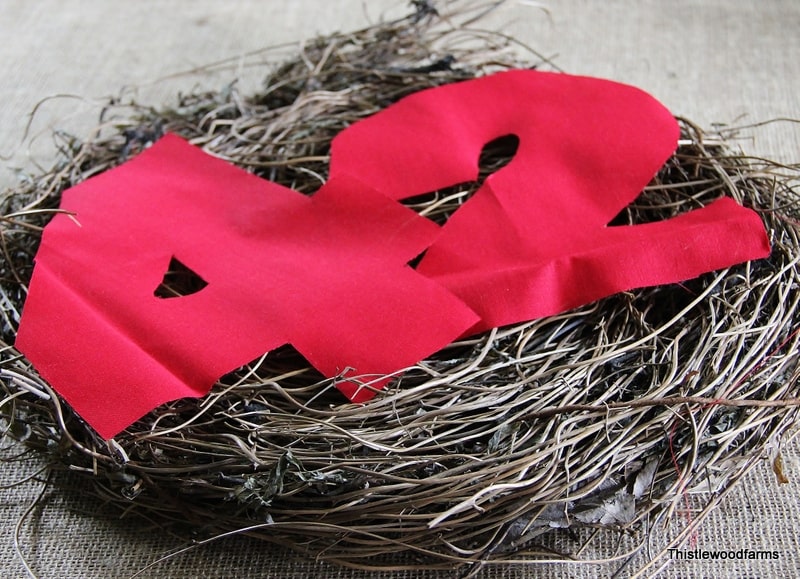 Cut out the numbers.

And then pin them onto the white shower curtain.

I pinned them diagonally.

To create the impression that I had just ripped the sail off a sailboat.

And hung it up as a shower curtain in the bathroom.

And so it would look like this without spending the $100. 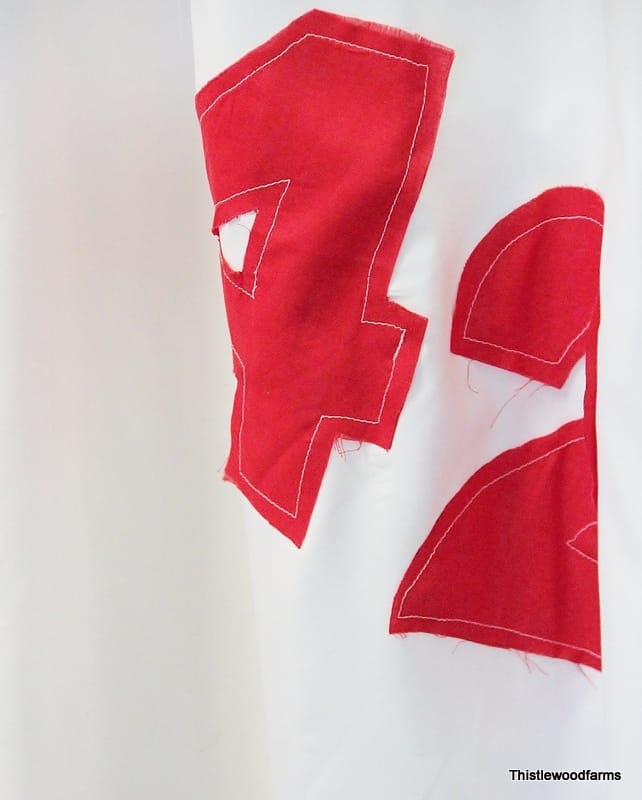 Pin the numbers onto the shower curtain.

And hang shower curtain and liner on nickel-plated hooks. 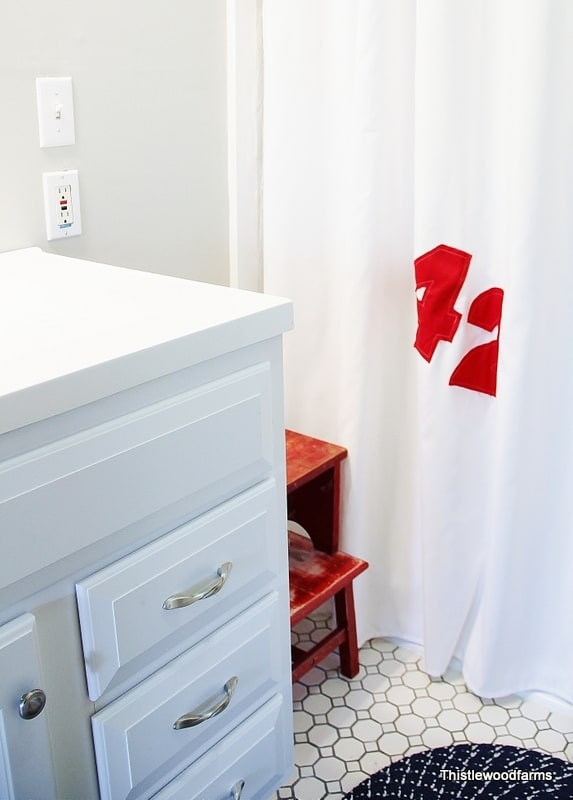 For less than the cost of a movie, popcorn and a box of junior mints.

PS For more project inspiration or just a glass of sweet tea….stop by for a visit at Thistlewood Farm!

PPS Thank you so much for having me over today, Heather. You are such a rock star and so full of creativity and inspiration!

Here is some more of Kari's work from Thistlewood Farm… 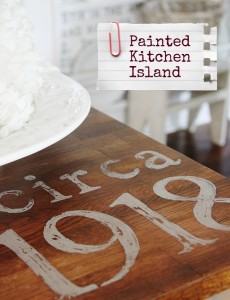 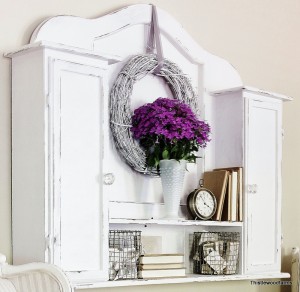 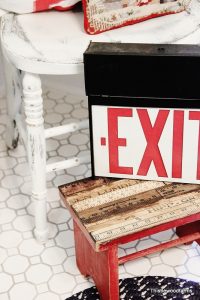 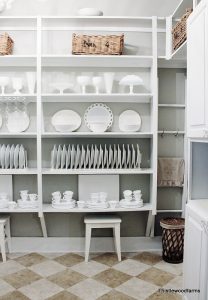 I want to move into her house now!!! Thank Kari for sharing your amazing talent's with us today.